Each year Liverpool Homeless FC football team organise a Christmas Toy Appeal for local children. In December, presents are collected with the help of local high street retailers. They are then passed on to children who are are living in hostels and other domestic abuse shelters.

The Coronovirus crisis has brought a new set of challenges in 2020. The football club required more help than ever. Prevailing restrictions mean the team had to devise new arrangements for toy donations.

So this year, the team have organised collection points around the city and created an Amazon Wish List.  Huge Media Advertising has vinyl wrapped the giant collection boxes that can be found in shops across Liverpool. Anybody wishing to donate can find donation points in Lime Street Station, Home Bargains, Iceland and Morrisons Stores.

“Christmas is fast approaching and this year, children from poor and troubled families have suffered more than ever. Through not fault of their own, many hundreds of children face a Christmas without a permanent roof over their head. Being able to give the charity a boost by providing some marketing materials is a tiny contribution to the work they do. The Huge Media team is humbled by how shops, the charity, volunteers, and public come together to make the toy appeal happen this year.”

Stores taking part include Home Bargains in Speke, Prescot, Town Centre(opposite Costco), Penny Lane and Great Homer Street. Morrisons in Speke and Iceland at Penny Lane are also among those with collection points. Network Rail and Merseyside Police have also been involved in collecting toys for our Appeal. 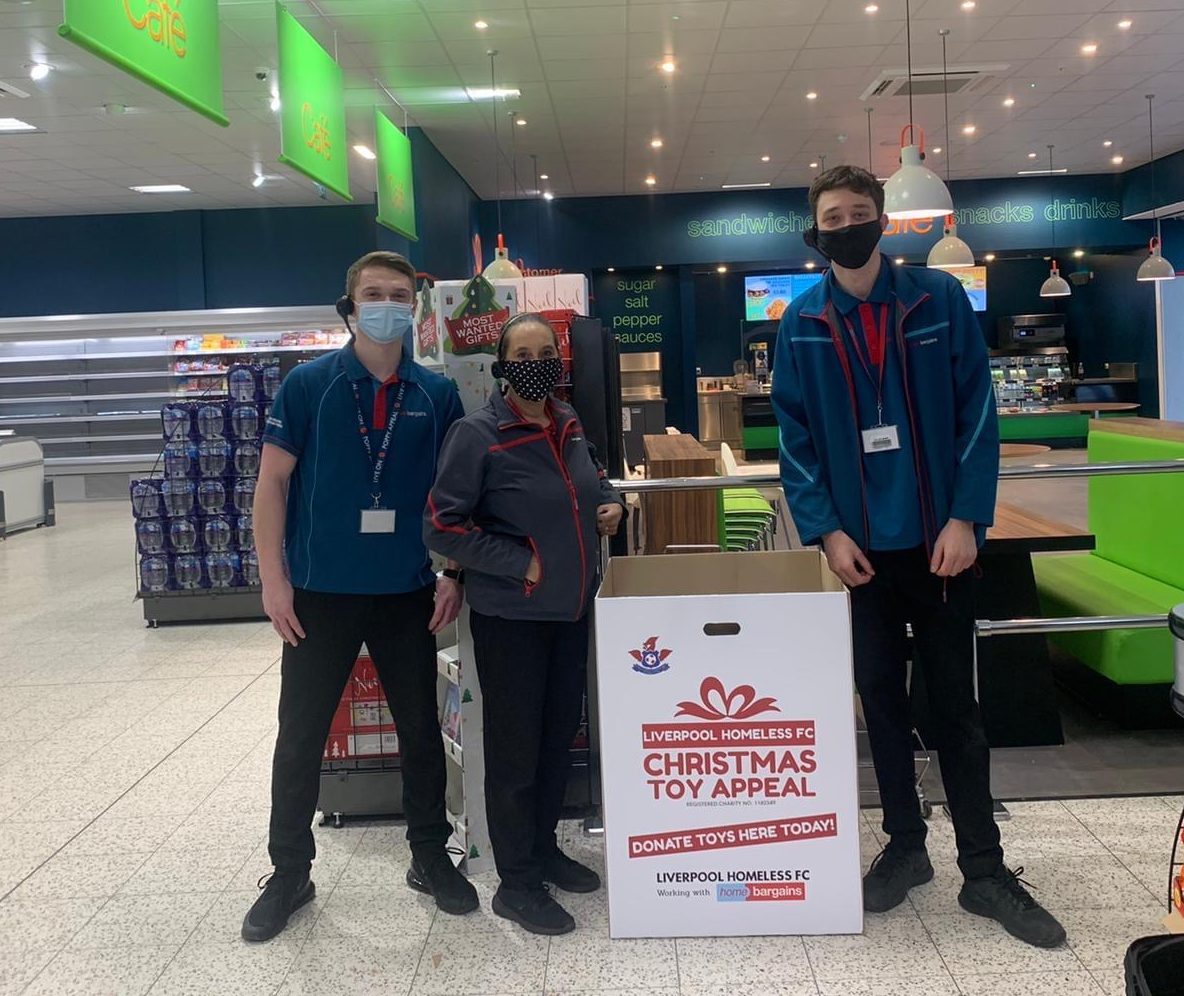 “The toy appeal is doing amazing with all the help from local businesses in our great city! We are so grateful for all the help and the donations, especially when it has been the toughest year on record for many. It is fantastic news that children across the city who might not of had a gift this year will have gifts to open on Christmas Morning.”

Anybody wishing to donate who can’t make it to a store can give by purchasing a toy from a dedicated Amazon wish list here.

This website uses cookies to improve your experience while you navigate through the website. Out of these cookies, the cookies that are categorized as necessary are stored on your browser as they are essential for the working of basic functionalities of the website. We also use third-party cookies that help us analyze and understand how you use this website. These cookies will be stored in your browser only with your consent. You also have the option to opt-out of these cookies. But opting out of some of these cookies may have an effect on your browsing experience.
Necessary Always Enabled
Necessary cookies are absolutely essential for the website to function properly. This category only includes cookies that ensures basic functionalities and security features of the website. These cookies do not store any personal information.
Non-necessary
Any cookies that may not be particularly necessary for the website to function and is used specifically to collect user personal data via analytics, ads, other embedded contents are termed as non-necessary cookies. It is mandatory to procure user consent prior to running these cookies on your website.
SAVE & ACCEPT